2 Years and 10 Views per Day: The Inexplicability of Failure 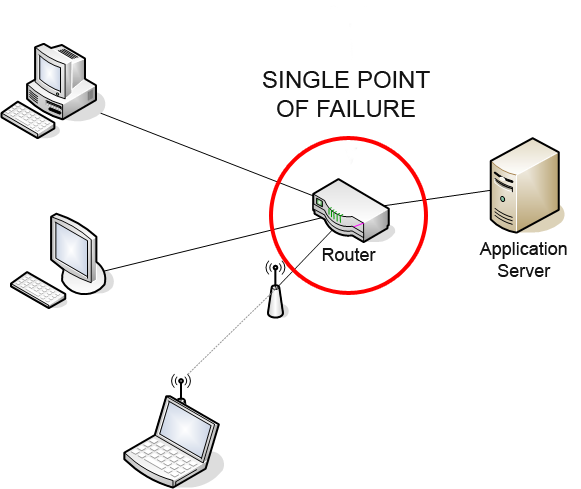 In my last post I asked for feedback on how I could improve the blog. I’m not sure kind of advice I was expecting to receive. I guess I wanted someone to say something along the lines of “Well Mark, your blog is failing because you don’t write enough fiction/apologetics/writing related posts! That’s all we care about!” Or “Well Mark, don’t you see that the key is to write X? Write X and the people will come running to your door!” Or even “Geez Mark, didn’t you know about the magic success switch built in to WordPress? You must have had yours turned off all this time! Just flip the switch and the views will start coming.” Instead I got what I should have expected: some very nice readers (you are officially my favorites!) told me that they like my writing in general. Some people like the fiction more, others like the history posts, but nobody said they particularly disliked anything. Which sucks, because the more I think about it the more I realize that I didn’t want to know what I was doing right. I want to know what I’m doing wrong. I’ve been blogging for two freaking years and I’m daily views that are orders of magnitude less than two month old blogs that look like they were written by a constipated Shar-Pei. What in the world am I doing wrong here? I found myself Googling random strings of words like “blog failure” or “failed blogs” or “why oh why does nobody like me waaaaaaaaaaaaaaa” (that last one was particularly unhelpful).

I just have this frustrated feeling that everyone else knows something I don’t.

That feeling has followed me my whole life, really. Whenever I get frustrated with something that other people succeed at I can’t help but feel that I’m missing some vital piece of information. I’m smart, I work hard, and yet they’re having greater success than me; surely this means that they are hoarding some kind of secret information! Surely everyone else got some kind of secret manual on how to actually build muscle when you exercise, or play an instrument, or tie a square not, or hammer a nail without it bending, or get a headshot every time in an FPS, while here I am trying to figure it out on my own like a chump.

Of course reality is never that simple. Sometimes my own failures really are due to a lack of vital knowledge, but typically they have more to do with a lack of experience on my part, a difference in work effort, or pure dumb luck. There’s no “magic key” that I’m missing in most cases, no matter how much I feel like there is.

Still, it’s bothersome. I’ve been pouring over the numerous “How to run a successful blog” style of blogs and I’ve come away with nothing new. If anything those blogs are only more discouraging. Not only do they lack any advice of substance that I haven’t already heard, they also make little insinuating comments about how a blog with around a 1,000 views a day may take “a few more months” before it can grow to something decent. Nowhere is there any advice, it seems, for individuals who are such complete failures that their blog has 10 views a day after more than two years of regular posting.

I tried googling “10 views per day” specifically and that was the worse one yet. I found forum post full of people saying things like “Wow, I got 150 views today and I’ve only been blogging for two weeks!” or “It may take a few months for you to break 500 views a day, but if you’re consistent you’ll make it.” Then I click on over to my own stats page which reminds me, yet again, that my best day ever had a wooping 101 views…from 11 unique visitors. Apparently one or two of them decided to archive binge. And then I fall into dark frustration again, sure that somewhere I’m missing something that everyone else just naturally gets…

Now to address the obvious, insanitybytes22 and suckmywake both suggested that I need to promote myself more. Maybe this is the “key” I’m missing, but I must say that I doubt it. For one thing, I’m not even sure what promoting myself looks like. Posting links to my blog on Facebook? I did that for about the first year before stopping. Why did I stop? Because I wasn’t getting anything out of it. My first year of blogging had the most abysmal view count I’ve ever had, and none of the very, very few of my Facebook friends who actually clicked on the links became a regular reader. I was surprised to discover that my own brothers didn’t realize that I was still writing the blog. To be sure, giving the “post links on Facebook” thing another try is certainly worth a shot, and I will do so in the coming months, but I doubt it will make much of a difference.

Twitter is out as a self-promotion tool because I don’t do Twitter, and if I started an account today the only people who would follow it are people who are already reading the blog. There is literally no other reason for anyone to follow me, and honestly I’m not the Twitter type. My thoughts typically come in the shape of sprawling bog posts, not short, pithy tweets.

I suppose that leaves posting links to my blog in the comments of other people’s blogs, but that has always struck me as incredibly tacky. I hate it when people post links to their own blog in comment sections, so I’m extremely reluctant to do that myself. Still, I suppose I must try. It’s easy to say that I need more self-promotion, but I really don’t know what that properly means. I’d like to think that my work will speak for itself. Ah well. I’ll just have to try one thing at a time: and get back to posting on subjects that are actually interesting, rather than my own blog woes! Really, I feel like such a whiner even complaining about this. Still, the blog can’t live without content and we’ve certianly been short on that for the past couple months. I’m sure someone else out there can relate to feeling like you’re missing the manual for success.